Originally, this runway was the first at 10,000 feet in North Carolina and was responsible for making Charlotte-Douglas a truly ‘international’ airport.

Design services associated with the rehabilitation of Runway 18C/36C involved pavement and lighting replacement. The project included non-destructive testing of the runway pavement to confirm extent of pavement removal, proposed design concept, and to secure FAA acceptance. The center keel section of the runway and taxiway was removed to the subgrade and replaced with new PCC section. Paved shoulders were added to all pavement areas. The entire electrical system was replaced including existing runway lighting, distance remaining signs, and taxiway edge and/or centerline lighting that was affected by the runway rehabilitation effort. Additionally, SMGCS lighting was included. Removed concrete pavement and cement treated base was recycled both as stabilization in wet subgrade areas and crushed for use as railway ballast in the adjoining intermodal facility. Extensive coordination and phasing was needed to maintain traffic through construction areas from the terminal to the west parallel runway. Work progressed on a 24/7 schedule and was completed and reopened to airline traffic one day ahead of the 70-day completion schedule.

This runway was the first at 10,000 feet in North Carolina. 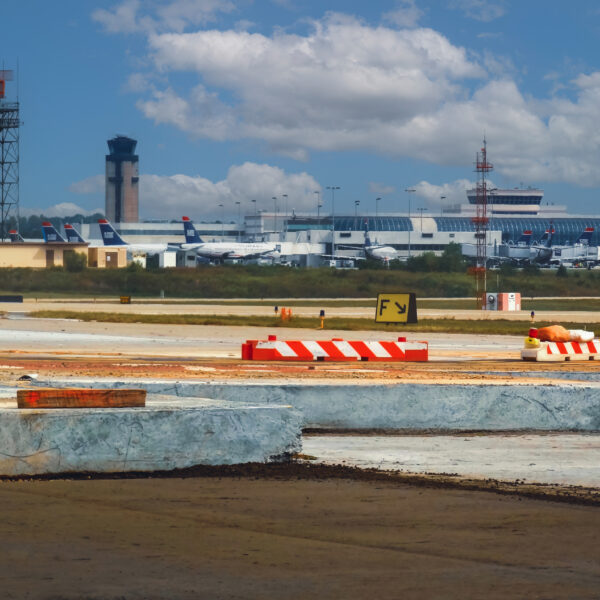